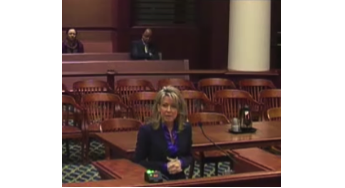 Dos Santos v. Coleta, 465 Mass. 148 (2013). In reversing a lower court decision and remanding the matter for a new trial, the Massachusetts Supreme Judicial Court held for the first time that a homeowner who created a dangerous condition on his property may be liable to a visitor injured as a result of encountering that danger, even if the risk of harm was obvious to the visitor, thus, limiting the scope of the “open and obvious” danger doctrine in the Commonwealth of Massachusetts.

Prenaveau v. Prenaveau, 81 Mass.App.Ct. 479 (2012). The Massachusetts Appeals Court vacated and remanded those portions of a divorce judgment that authorized the removal of the children from Massachusetts and ordered the transfer of the children to the father’s home in New Hampshire. In doing so, the Appeals Court took the unusual step of prescribing a detailed parenting plan that maintained the children in their primary residence in Massachusetts and allowed for alternate parenting times and extended vacation periods. The Court also emphasized that any removal/custodial decision must consider the stability of the life circumstances of the children, even when the parties have participated in what was described as a shared parenting arrangement.

Oyster Creek Preservation, Inc. v. Conservation Com’n of Harwich, 449 Mass. 859 (2007). The Supreme Judicial Court held that the failure of a conservation commission to issue an order of conditions under both the Wetlands Protection Act and its local bylaw within 21 days resulted in the superseding order issued by the Department of Environmental Protection (DEP) being applicable to the project.

Redlich v. Lanell, 20 Mass.L.Rptr. 688 (Mass.Super.Ct. 2006). After three weeks of trial, a Judge in the Superior Court found that predecessor counsel had violated the high fiduciary duty an attorney owes to his client, engaged in unfair and deceptive conduct within the meaning of G.L. c. 93A, committed abuse of process, and violated the ethical rules governing lawyers in the Commonwealth of Massachusetts, where he filed a lawsuit against his former client and the client’s estranged wife, seeking to enforce an excessive fee agreement.

Isabelle v. Nissan North America, Inc., 201 F.3d 427 (1st Cir. 1999). The U.S. Court of Appeals for the First Circuit affirmed a grant of summary judgment for the defendants in a products liability case based upon an alleged design defect. In doing so, the court held that under New Hampshire law the plaintiff in a strict liability defective design case must show that the defective product reached the plaintiff without substantial change in its condition.

Use this form to find things you need on this site

KEEP YOUR SITE AT THE CUTTING EDGE OF WEB TECHNOLOGY!

If you're looking for WordPress theme that is all about having clean and efficient code, fast support response time, great design, then look no further: Royal WordPress theme!